In partnership with NeoEco Développement 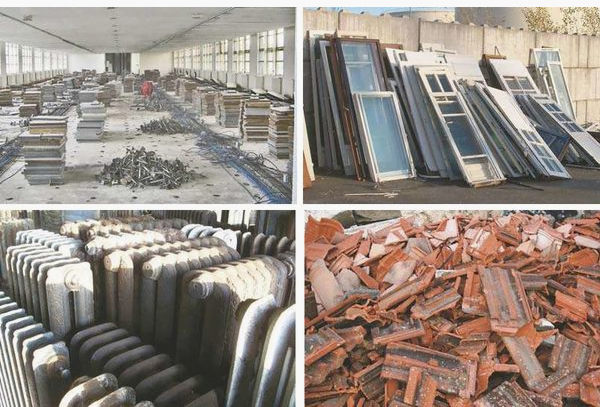 Detail on the Platform project

Urban Metabolism refers to all the processes of consumption and transformation of energy and materials generated by the operation of a city. The analysis of material flows makes it possible to characterize a territory with regard to its consumption of materials, its resources and its exchanges with other urban or rural areas.

Project stakes The City of Paris is committed to transforming its economy towards a circular model. It has gathered 65 proposals for action in its Livre Blanc de l’économie circulaire du Grand Paris (White Paper on the Circular Economy of Greater Paris), which served as the basis for the development of its 2017-2020 Circular Economy Plan adopted by the Paris Council in July 2017. Two indicators were defined by the City during the preparation of this plan: the rate of reduction of import and export flows and the rate of increase in material and organic recovery.

The objective of CitéSource’s mission is to assist the City of Paris in carrying out an material flows analysis and construction materials stocks estimation. This analysis is intended to inform the indicators of the City’s Circular Economy Plan and to develop and update the data for the general public presented on the City’s infographic site, Urban Metabolism of Paris (link to the site).

In partnership with Elioth (Egis Concept) 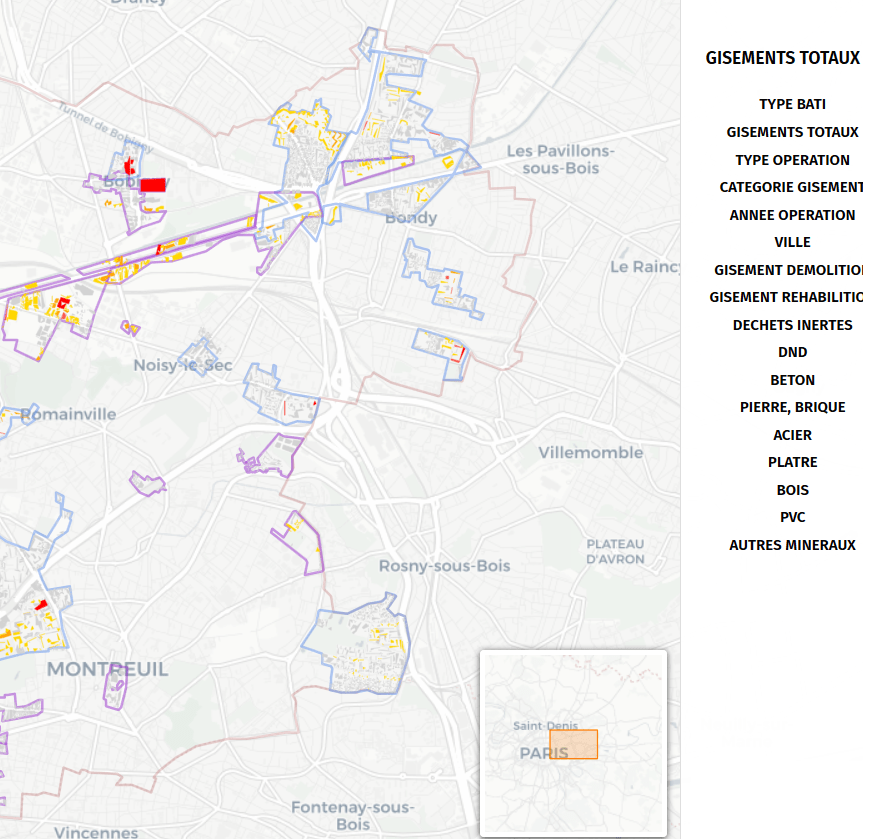 The project was born out of the ambition of the project owner, Est Ensemble, to contribute to a real territorial approach of circular economy in local construction sector. Like many other territories, Est-Ensemble (one of the local governments of the Greater Paris Metropolis) is undergoing major urban renewal. The demolition of approximately 3,000 housing units as part of the new national urban renewal program will generate significant C&D waste. However, this waste is a resource that can be used in the context of urban industrial ecology and urban mining. This use, at the heart of circular economy strategies, makes it possible to reduce environmental impacts by promoting local economic development, short supply chains and urban symbiosis.

Such a circular economy approach requires a detailed knowledge of material flows and stocks as well as economic activities. The study aims to compile data on the secondary resources of construction materials (from construction site waste) currently present throughout the territory and more precisely within the perimeters of known projects, the estimation of the incoming and outgoing flows that will be generated by these projects. These data are shared on an online database.

In partnership with NeoEco Développement

The excavated soils and minerals extracted from the building sites, constitute the 1st important C&D waste. These materials are useful resources for construction and urban development projects. This study aims to identify the potential use of excavated materials or eco-materials resulting from the work of the Société du Grand Paris on urban projects of Plaine Commune (one of the local governments of the Greater Paris Metropolis). 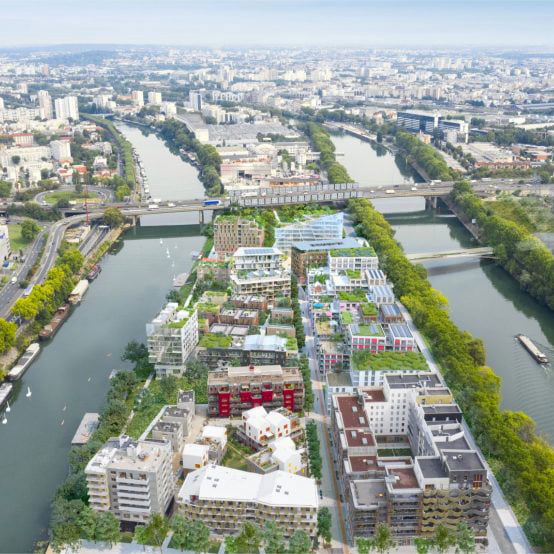